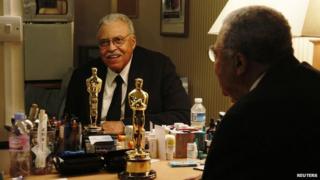 The actor behind one of the movie world's most iconic voices, Darth Vader, has received a special Oscar.

James Earl Jones is the villain's deep and dark voice in the Stars Wars films.

He was presented with the honorary award while on stage in London, where he's currently performing in a play.

Mr Jones said he was "gobsmacked" to get the prize, which is given to people for "extraordinary distinction in lifetime achievement". 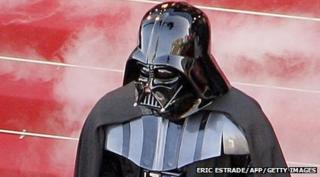 He said of his Star Wars role: "When I walk out tonight there will be kids with posters to sign... I love it. I love that I was a part of that cult."