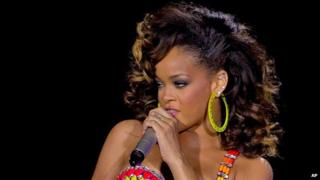 Rihanna's We Found Love is back in the top spot in the UK singles chart, denying JLS their sixth number one with Take A Chance On Me.

The Barbadian singer, who's touring the UK at the moment, spent three weeks at the top of the charts in October.

Pixie Lott's latest, What Do You Take Me For is a new entry at number 10.

Meanwhile, Susan Boyle has scored her third number one album with Someone To Watch Over Me, beating both Cher Lloyd and The Wanted. 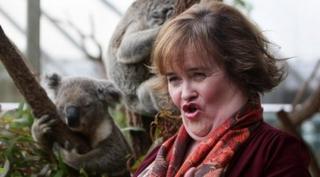 Cher Lloyd's debut album Sticks + Stones is a new entry at number four, with The Wanted's Battleground one place behind at number five.