Further disaster averted as oil is taken off cargo ship 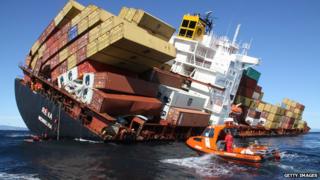 The stranded cargo ship Rena in New Zealand has had all its oil pumped out.

The ship was badly damaged when it got stuck on a reef last month and 300 tonnes of oil had already leaked out, killing over 1,000 sea birds.

Had the ship's hull broken up, the rest of the fuel would have made the environmental disaster much worse.

The next part of the rescue plan is to send in a crane to remove the cargo. There are still about 1,300 containers to be removed from the ship. 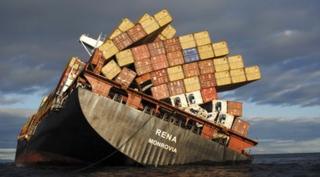