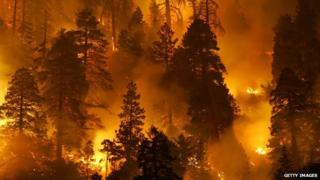 Scientists have discovered that fires started by humans can affect the way plants grow.

It seems that plants grown on land like farms - where people start fires - are more likely to survive flames and heat in the future.

That means the scientists can understand better how plants may evolve in generations to come.

The scientists did experiments on scrubland - which is land that's too hot and dry for large plants to grow. 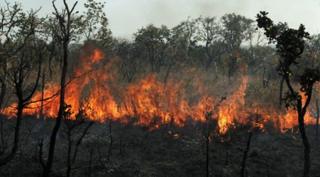 Getty Images
Fires like this could be making plants tougher

They examined remote scrubland which had not been changed by humans before, and compared it to scrubland that often had fires on it - like farm land.

The results of the experiments show that fire has a much bigger effect on plants than other pressures like drought.

So, it looks like some plants may be getting tougher, maybe because of man's interference.