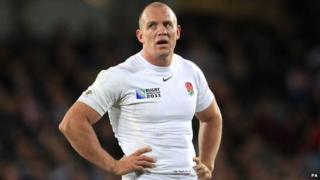 Mike Tindall has been fined £25,000 by the Rugby Football Union (RFU) and dumped out of the team.

It's because of his bad behaviour in the Rugby World Cup in New Zealand in September.

The former captain hit the headlines after behaving badly on a night out in Queenstown.

Winger Chris Ashton and flanker James Haskell were also punished, but not dropped. Hooker Dylan Hartley was cleared of doing anything wrong.

The man in charge of the RFU, Rob Andrew, said "what he did will not be tolerated". 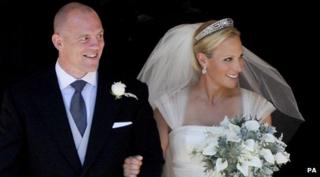 PA
Tindall is married to Zara Phillips, the Queen's granddaughter

Tindall, who married The Queen's granddaughter Zara Phillips in July, has played for England 75 times and been a regular since 2000.

He was captain of the team for most of the previous year because Lewis Moody was out injured.

But it's now possible that he'll never play for England again.