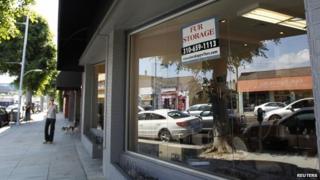 A city in the heart of Hollywood has become the first in America to ban the sale of fur clothing.

Leaders in West Hollywood have voted to stop the sale of clothes made from the skin or pelt of animals with hair, wool or fur, from 2013.

Clothes made from sheep's wool, and leather goods are not included.

Lots of clothes shop owners are against the ban as they say the money made from fur items adds up to more than £1million a year for local businesses.

But supporters of the ban say furs are produced from animals that are inhumanely killed for their pelts.

Despite voting in favour of the ban, city officials delayed it's start date until 2013 so they can research the impact it will have on retailers.

West Hollywood lies between Hollywood and Beverley Hills and has a reputation for being animal-friendly.

It's also banned the declawing of cats, and pets are formally recognised as companions, while their owners are known as guardians.