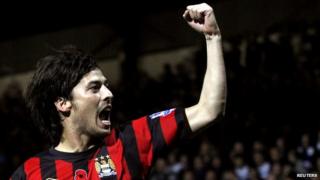 Manchester City are top of the Premier League for the second week running, after beating QPR 3-2 on Saturday.

But Liverpool held newcomers Swansea to a disappointing goalless draw at Anfield. 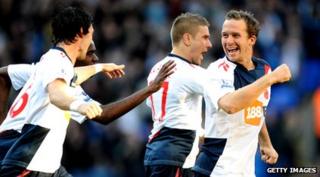 The really big news on Sunday was Bolton's massive 5-0 thrashing of Stoke, their first home win this season. Fulham were beaten 3-1 at home by Tottenham, despite Spurs boss Harry Redknapp being away recovering from a hospital operation.

There were also wins for Wolves against Wigan, and Aston Villa against Norwich.