More South African rhinos being killed for their horns 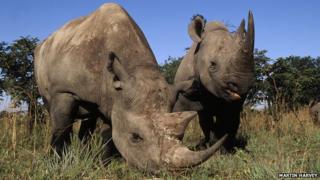 More rhinos have been killed for their horns this year in South Africa than last year, according to a charity.

Wildlife charity WWF say that figures show that 341 rhinos have been killed in 2011 so far, which has already overtaken last year's total of 333.

South Africa National Parks keep a record of the number of rhinos who have been found with their horns sawn off.

WWF think the rise is down to more people using rhino horn in Vietnamese traditional medicine.

Poachers shoot a dart into the rhino to send it to sleep, then saw off the horn and leave the animal to bleed to death. 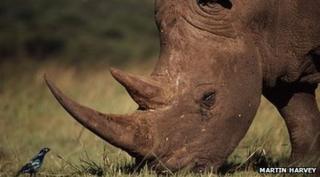 Other
White rhinos like this are most at risk from poachers

It's illegal to buy or sell rhino horn and at the moment South Africa only allows the horns to be sent abroad as hunting trophies.

The charity think that more is being done to catch poachers, but they say it's not enough to stop the smuggling and sale of horns by criminal gangs.

South Africa has the largest number of rhinos in the world, with 1,916 black rhinos and 18,780 white rhinos.

In Vietnam and other Asian countries many people believe that ground rhino horn can be used to cure cancer, but there's no scientific proof that this is true. 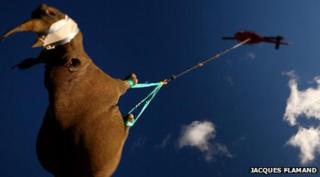