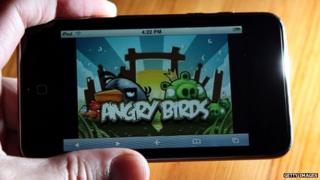 The mobile game Angry Birds has become the first to be downloaded 500 million times.

It was only released two years ago, but because of its popularity in China and across the world it's set a new record.

Now the company behind Angry Birds is opening its first shop in Helsinki, Sweden, which will sell toys.

In China, the game's been downloaded 50 million times and next year more Angry Birds shops are due to open there.

There also plans for an Angry Birds book, as well as a film based on the characters.

The makers of the game say their next goal is to get one billion fans!