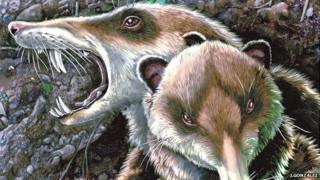 The remains of a 100-million-year-old animal have been discovered in Argentina in South America.

Called Cronopio dentiacutus it was found in sandstone sediments at Cipolletti, near the Andes mountains.

Scientists say it's rare to find the remains of a South American mammal from the time of the dinosaurs that are so well-preserved. 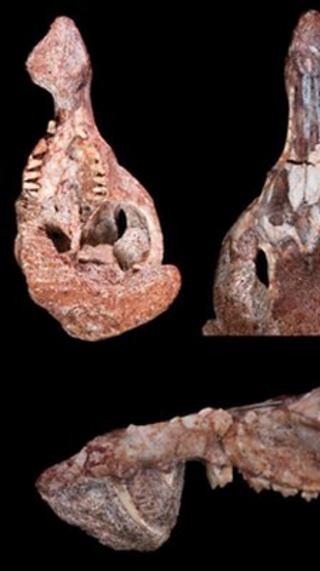 Other
The mammal's remains were well preserved

But experts are trying to work out what kind of lifestyle the Cronopio dentiacutus had.

Its slim snout and teeth suggest that it used to wrestle other creatures with its mouth.

But experts aren't sure why the mammal would have needed to do that, as the size of its back teeth mean it could only eat insects.

A number of the animal's features are unlike any other living or extinct mammals.

It's hoped the new mammal discovery will help experts find out more about the history of South America.

Call for hippos to be classed as endangered