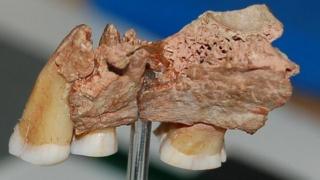 Tooth is from earliest Europeans

A piece of jawbone found years ago in a cave in Devon is the oldest piece of a modern human ever found in Europe.

Using the latest technology to date it, scientists have discovered it's between 41,000 and 45,000 years old!

That's thousands of years before modern humans, or Homo sapiens, who originated from Africa, are thought to have settled in Europe.

It also shows they lived at the same time as Neanderthals - a separate species of human that became extinct.

Lots of modern humans left Africa about 60,000 years ago and travelled across Europe, but no-one knows when the first ones settled in Britain.

The fragment of jawbone found in Devon helps answer that question as it's the earliest known remains of a modern human in Europe.

For lots of scientists, that also suggests that modern humans may have been responsible for Neanderthals dying out. 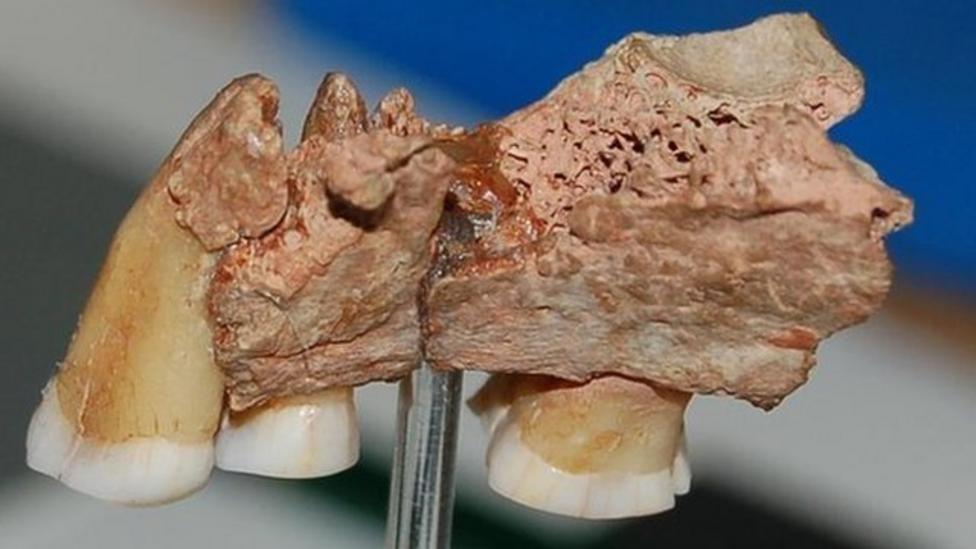 Tooth is from earliest Europeans