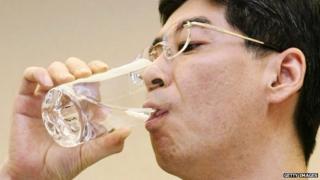 A member of the Japanese parliament has drunk water from an earthquake-hit nuclear plant after he was asked to prove it was safe.

The water is decontaminated before it's used for tasks like watering plants, but some people have questioned whether it's safe.

The plant was wrecked after a magnitude 9 quake hit Japan in March.

The plant began leaking radiation after the earthquake and tsunami damaged three of its reactors.

High levels of radiation can damage the cells that make up the human body.

A 20km exclusion zone is still in force around the plant, and tens of thousands of people have been left homeless.

Mr Sonoda looked nervous and his hands shook as he took sips from the glass, after journalists asked him to prove it was safe.

He said drinking the water didn't mean it was safe, but more information would be presented to the public. 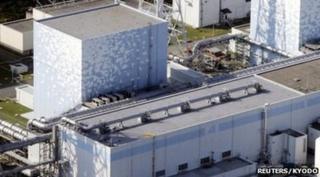 Officials have said that journalists would be allowed to visit the nuclear plant later this month for the first time.

The government hopes to partially shutdown Fukushima by the end of the year, however experts say it could take 30 years to close the plant completely.