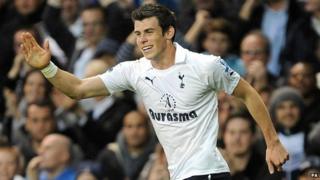 Tottenham are storming up the Premier League table - they're now fifth after beating Queens Park Rangers 3-1.

Manager Harry Redknapp was delighted and also singled out midfielder Scott Parker as the star of the day.

It's their second London derby defeat in a week, and bad news for captain John Terry.

But things couldn't be better for Gunners skipper Robin van Persie... As well as helping his team win, his hat-trick boosted his Premier League tally to an amazing 28 goals in 27 games.