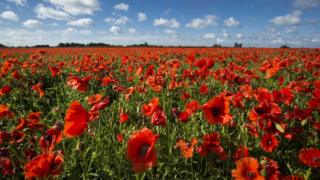 The UK has come together for Remembrance Day, which is also known as Armistice Day.

A two-minute silence was held at 11am to remember the people who have died in wars around the world.

Remembrance Sunday is also marked each year, this falls on the second Sunday in November.

How is Remembrance Day marked?

On this day, there are ceremonies at war memorials, cenotaphs and churches throughout the country, as well as abroad.

Members of the Royal Family and politicians attended memorial services.

The anniversary is used to remember all the people who have died in wars - not just World War One.

This includes World War Two, the Falklands War, the Gulf War, and conflicts in Afghanistan and Iraq. 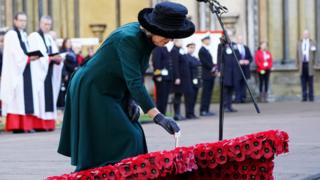 PA Media
The Duchess of Cornwall laid a cross amid the poppies at the Field of Remembrance outside Westminster Abbey, London 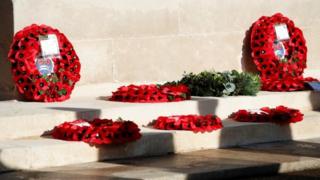 PA Media
....and poppy wreaths were laid at the nearby Cenotaph - a war memorial which was put in place at the end of World War One 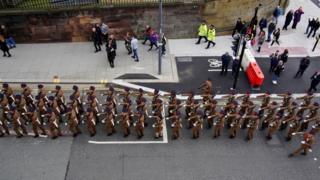 PA Media
In Liverpool, 1st Battalion of The Duke Of Lancaster's Regiment marched through the streets before the city observed the two-minute silence at 1100

Why do we hold a two-minute silence?

The first two-minute silence in Britain was held on 11 November 1919, when King George V asked the public to observe a silence at 11am.

This was one year after the end of World War One.

He made the request so "the thoughts of everyone may be concentrated on reverent remembrance of the glorious dead". 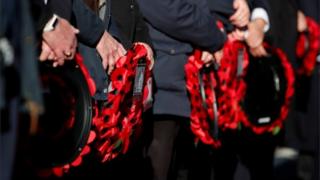 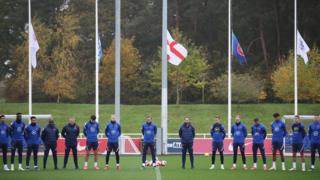 Reuters
All over the UK, people fell silent, including England manager Gareth Southgate alongside his players

Remembrance Day: What's it like growing up in a military family?

Look back at Remembrance Day events 2018