The UK law of Royal succession will be changed

The Prime Minister David Cameron has announced changes to the way the Royal Family succeed each other.

A 300-year-old law means a boy will always get to the throne even if he has older sisters but that will now change.

Now, if the first child born to Prince William and Kate is a girl, she would become Queen.

But the new law won't change anything for older generations, so Princess Anne won't leapfrog her brothers Princes Andrew and Edward.

The changes to the law needed to be approved by all 16 countries which have the Queen as monarch - and they all agreed at Friday's meeting. 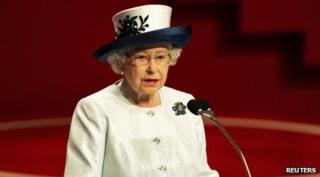 The process of deciding who is the next monarch is called 'royal succession' and it's governed by a law called the 'Act of Settlement'.

Currently, the monarch's daughter only takes the crown when she has no brothers - which is the case with our Queen.

Another law will change as well, which says that the a future ruler is not allowed to marry a Roman Catholic.

Under the new law, Roman Catholics will be allowed to marry a future King or Queen - but the ruler themself cannot be Catholic, as they are head of the Church of England.