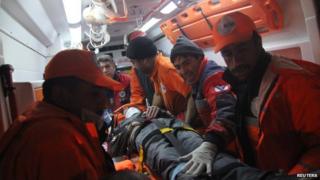 A 13-year-old boy has been rescued from a collapsed building in south-eastern Turkey four days after an earthquake.

Ferhat Tokay was pulled from the rubble of an apartment block in the town of Ecris and taken to hospital.

Officials said that he was awake and looked in good health after spending 108 hours trapped.

But rescuers think it is unlikely they will find more survivors after the 7.2 magnitude earthquake hit the country on Sunday.

Rain and snow have made the rescue effort more difficult. 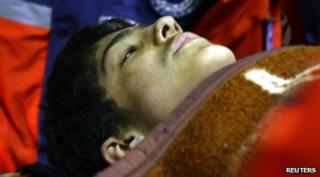 In some places people are still digging through the rubble to try and find others.

But at other sites rescuers have stopped looking and are now concentrating on helping survivors.

More than 1,600 people were injured in the quake and thousands are living outdoors in freezing conditions.

The Turkish government has asked for help from abroad and other countries are sending clothes, blankets and mattresses.