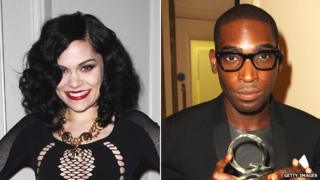 Adele took home best female artist and best track at the ceremony in London, but she wasn't able to attend the show.

Rapper Tinie picked up the prize for best male artist.

The best video award went to Jessie J 's Do It Like a Dude, while X Factor judge Gary Barlow received an honorary prize as classic songwriter for his hits with Take That.

Coldplay were named best act in the world today.

Adele's Rolling the Deep won best track beating her other hit Someone Like You, which was also nominated. 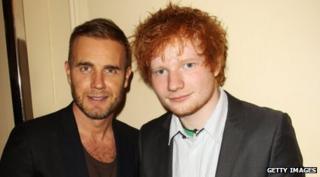 Getty Images
Ed Sheeran was a winner, along with Gary Barlow