Busy night in Europe sees wins for Spurs and Stoke 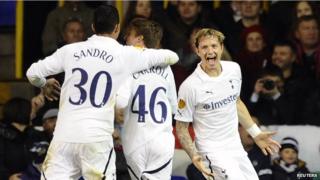 A busy night for British teams in the Europa League saw wins and celebrations for Spurs and Stoke, while Celtic came away with a draw.

Birmingham won in Belgium but Fulham faced defeat in Poland. 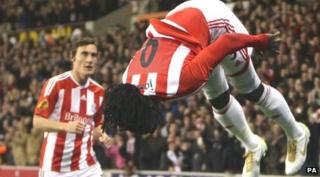 Celtic achieved a 1-1 draw against French side Rennes, recovering after a bizarre own-goal from Cha Du-Ri.

Birmingham won 2-1 away with a last-minute winner from Chris Wood against Club Brugge in Belgium.

But the game ended on a serious note after a head injury to Birmingham's Pablo Ibanez. He was stretchered off, with his team-mate Guirane N'daw in tears.