Chelsea and Arsenal top their groups with Europe wins 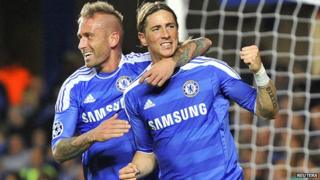 The Blues are now top of their group with seven points from three games.

Elsewhere an injury time strike from Wales captain Aaron Ramsey secured victory for Arsenal away at French side Marseille. 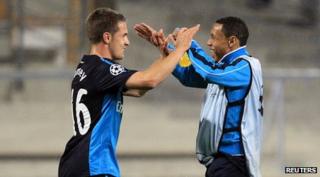 The midfielder fired in from just inside the area with almost the last kick of the game.

Before then it looked like the match would be heading for a draw, with few chances for either team.

The win will come as a huge relief to boss Arsene Wenger, who has seen his side struggle so far this season.