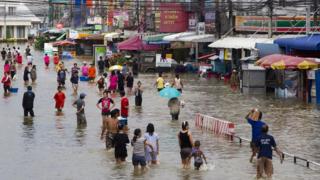 Hundreds of people killed by floods in Thailand

At least 315 people have been killed and tens of thousands have lost their homes due to Thailand's worst flooding in fifty years.

It began in July with heavy monsoon rains that affected over two thirds of the country.

The race is now on to protect the capital city of Bangkok.

More than a million sandbags have been used to try to protect against the rising waters.

An industrial estate outside the city has been evacuated after floodwaters hit the barriers put in place to protect it.

The Thai prime minister and his government have said they think the worst of the flooding is over - but others think the crisis isn't over yet, with more rain forecast to fall. 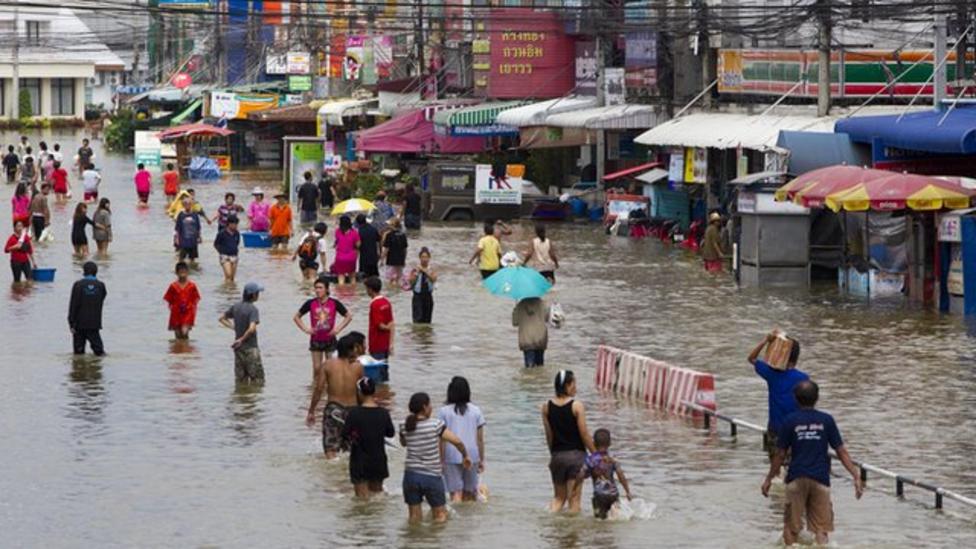 Hundreds of people killed by floods in Thailand