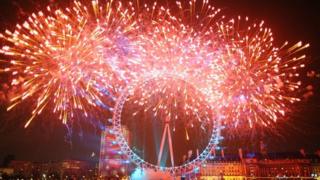 Every year people celebrate things like November 5 and New Year's Eve with firework displays. So how do fireworks actually work?

Rocket: When rocket-type fireworks are lit, a substance explodes, creating gasses that shoot the firework into the air. When the firework reaches a certain height, another spark causes it to blow up, releasing fine metal powders into the air.

Roman candles: These long tubes shoot balls of chemicals from one end, creating a series of flaming stars. Inside the tubes, the chemical balls are packed one on top of the other, with layers of sawdust between them.

Fountains: These are cone-shaped and sit on the ground. A hole in the top allows gases to escape, shooting coloured sparks into the air. 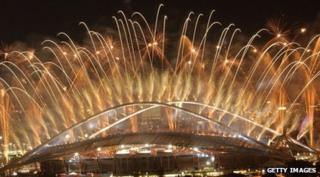 Sparklers: These are long pieces of wire. Half of the wire is covered in chemicals that give off bright sparkles of light when lit. The sparks burn off at about 900C, which is the same temperature as a welding iron. Sparklers have caused some of the most serious firework accidents.

Aerial shells: These are used in professional displays. They are the most spectacular and usually the loudest fireworks. They are placed in a tube pointing towards the sky and launched by an explosion which shoots them into the air.

Colours: Magnesium is the ingredient that gives off the bright white light in fireworks. This happens when the magnesium starts to burn when it comes into contact with the oxygen in the air. Other ingredients give off different types of light when they become hot. This how the colours in fireworks are created.