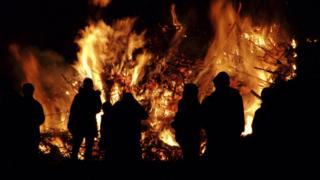 Getty Images
On 5 November, people all over the UK will have bonfire parties

Bonfire night will be very different this year as a second national lockdown means all organised events are off.

The new lockdown rules come in on 5 November.

Lots of people will still be marking the event, just at home.

Why is it celebrated and where did it all come from?

Keep reading our bumper guide below to find out.

Remember, remember, the fifth of November

What is Bonfire Night?

On 5 November, people across the UK celebrate Bonfire Night with fireworks, bonfires, sparklers and toffee apples.

The reason we do it is because it's the anniversary of a failed attempt to blow up the Houses of Parliament. 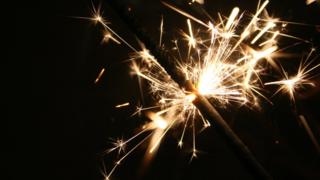 Many people enjoy lighting sparklers on Bonfire Night. Remember, if you're doing this, always ask an adult and get them to supervise you!

This was called the Gunpowder Plot.

When we light bonfires to remember this event, traditionally there would be a dummy man on the top.

It is called the 'Guy' and represents a man who was part of the plot, called Guy Fawkes.

What was the Gunpowder Plot?

Guy (Guido) Fawkes was part of the Gunpowder plot in 1605. He wanted to blow up King James I and his government.

This was because of religion. England was a Protestant country and the plotters were Catholic. They wanted England to be Catholic again, and thought they could force change if they killed King James I and his ministers.

So, Fawkes and his group put 36 barrels of gunpowder in cellars underneath the Houses of Parliament in London, ready to set off a massive explosion. 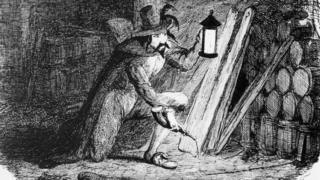 However, one member of Fawkes' group sent a letter to his friend who worked in Parliament, warning him to stay away on 5 November.

The King's supporters got hold of the letter and the plot was rumbled!

Guards broke into the cellars where the gunpowder plotters were waiting. They were arrested and later executed.

To find out some more firework facts before Bonfire Night, click here!