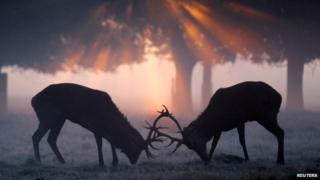 Experts say deer numbers have more than doubled in the past 10 years, meaning more of them mating in the autumn and causing more road accidents than ever before.

There are now up to two million deer in the UK, and numbers are still rising.

The public have been warned to take extra care on the roads this autumn because deer are likely to be running around without noticing cars.

It's worse in October and November because it's the mating season.

Peter Watson, director of the Deer Initiative, says that the deer are rushing around with only one thing on their minds - finding a mate. 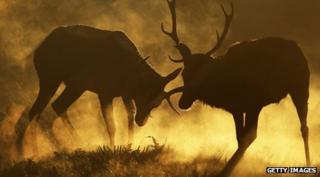 They end up running out of the woods and into the roads, and then they're hit by cars.

It's not just a problem in the countryside. A quarter of all road accidents with deer are within 50 miles of central London.