Andy Murray keeps on winning at the Shanghai Masters 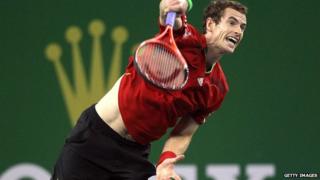 Defending champion Andy Murray has made it to the quarter-finals of the Shanghai Masters in China as Rafael Nadal went out.

The result means Murray has won 22 of his last 23 matches.

Next, he will have to play against Australian Matthew Ebden, who is ranked 124th in the world.

British number one Murray is enjoying a successful run at the moment.

It was only a few days ago that he beat Nadal to win the Japan Open, and last week he also won the Thailand Open.