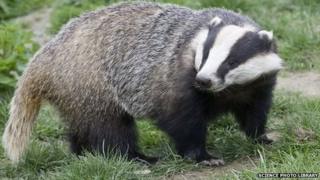 A wildlife charity says it's shown that giving injections to badgers can stop them from having to be killed.

The Gloucestershire Wildlife Trust ran an experiment with 35 badgers to vaccinate them against a disease called tuberculosis (TB).

TB is dangerous because it can be spread to cows, which would mean we couldn't use their milk or meat.

Some people, including the government, want to control the problem with a cull - that means killing badgers.

Supporters claim culling is the cheapest and quickest way of protecting cattle.

Farmers say something must be done urgently to stop badgers spreading TB to their cows.

The charity said it was delighted with the results, which tested how affordable vaccines would be - it didn't look at the impact of the disease on badgers or cattle.

More animal charities want to try out the injections to see if they can persuade others this solution is better.

In June this year the BBC asked the public if they agreed with a badger cull, and most said they didn't.