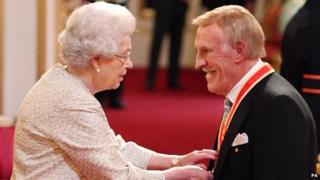 Strictly Come Dancing host Bruce Forsyth has received his knighthood from the Queen at Buckingham Palace.

He's been recognised for his services to entertainment after being in showbusiness for 70 years.

He's now 83 years old, but says he has no plans to retire any time soon.

Sir Bruce said: "I just love getting out there and performing and this is a reward that I never expected and hope I'm worthy of." 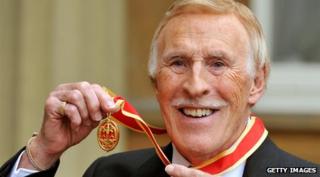 He got his big break in 1958 as a host on a variety show called Sunday Night at the London Palladium.

The Gruffalo author Julia Donaldson also got an award at Wednesday's ceremony. She was made an MBE.