James Hook will play for Wales against France in semi 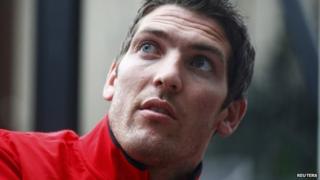 James Hook will replace Rhys Priestland for Wales in their World Cup semi-final against France this Saturday.

Wales coach Warren Gatland said it was "a tough call" to choose between James Hook and Stephen Jones to wear the number 10 shirt.

Hook was given the fly-half role after their star man Rhys Priestland injured his shoulder during the quarter-final victory over Ireland.

Apart from Hook, Wales will keep the same team that knocked out Ireland.

Saturday's semi-final is set to be the biggest game in Welsh rugby history.

The Welsh side are hoping they can book a place in their first ever World Cup final.

Thousands of Welsh fans will have the chance to watch the showdown on big screens when The Millennium Stadium opens its doors on Saturday.

Fans will be able to get in free to watch the match in the stadium, which kicks off in Auckland at 9am UK time.