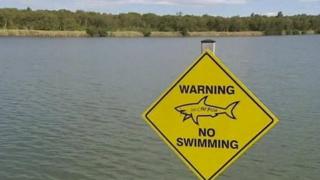 Sharks have found themselves a new home in a lake on a golf course in Australia.

They were washed into the lake from a nearby river during heavy flooding.

When the flood waters drained away the sharks were left behind.

Blair, who works at the golf club, says he doesn't mind the sharks being there. He said: "It's all right, as long as you don't get too close."

They appear to be enjoying their unusual home and some are even breeding.

Although some of the sharks are a scary three metres long, it's not putting off the golfers. 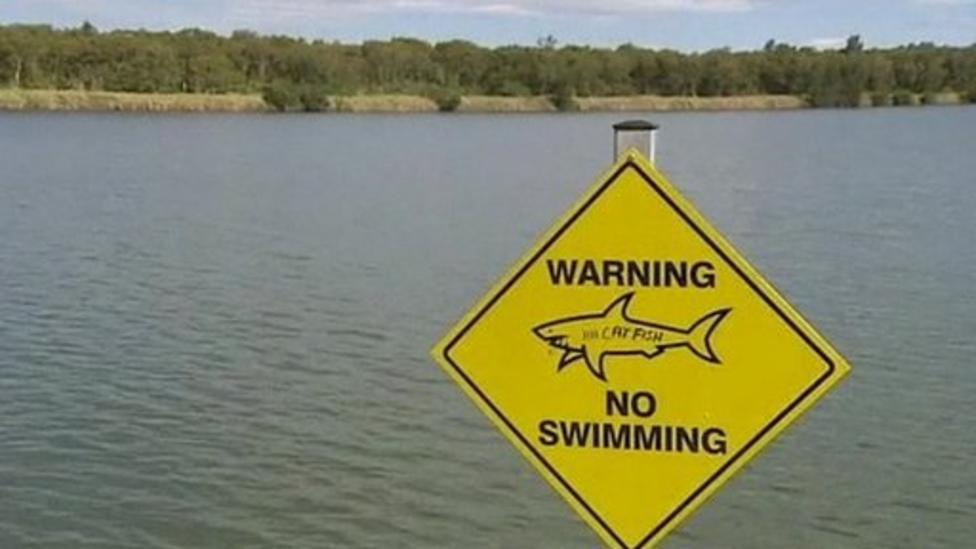