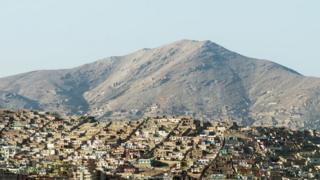 The Taliban is an extreme Islamic group, which ruled Afghanistan from 1996 to 2001.

They say they are followers of Islam, but many people do not agree with this, as their beliefs are much more extreme than those of the majority of Muslims.

They are fighting because they want their leaders to be in charge of Afghanistan again.

The Taliban want to turn the country into what they believe would be the world's purest Islamic country.

When the Taliban leaders were in control, they banned many things, including education for girls, make-up, kite-flying and films.

But some Afghans still took part in these things in secret, risking extreme punishment if they were found out.

The Taliban's strict laws and extreme punishments made them unpopular with other countries.

While they were in control, they allowed a terrorist organisation called al-Qaeda to have training camps there.

The group was overthrown in November 2001 by British and US forces, alongside Afghan fighters from a group called the Northern Alliance.

Conflict in the Middle East

The Taliban movement continues to be a fighting force in Afghanistan and a major threat to the country's government.

They continue to carry out attacks across the country, including on military bases and schools.

Many people believe that future peace in Afghanistan can only come if the government negotiates with the Taliban.

In early 2019, the US and the Taliban began peace talks aimed at finding a solution to the 17-year conflict in Afghanistan.