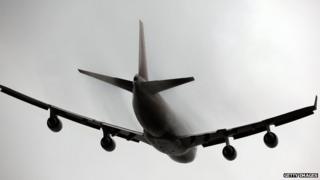 Cooking oil is normally used for frying eggs or making your chips nice and crispy.

But now it's being used to fly planes!

The UK's first passenger flight powered by a mix of waste cooking oil and traditional plane fuel has taken off.

The flight to holiday island Lanzarote was used as a test for the new biofuel, but the plan is for airline Thomson to power their engines this way every day, by next summer.

Thomson said that the biofuel flights would feel like any normal journey and passengers wouldn't notice any difference.

The airline has said that by using cooking oil, their flights will become more environmentally friendly, as they're not using fossil fuels.

But green campaigners such as Friends of the Earth say that using biofuel won't actually help the environment and instead people should just fly less.