Water in the Earth's oceans may have come from Space 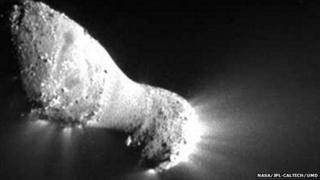 New findings from Space have revealed the Earth's water could have come from collisions with comets millions of years ago.

Scientists using the mega-powerful Herschel space telescope have been looking at a comet called Hartley 2.

They say it contains a rare type of hydrogen that matches the hydrogen in the Earth's oceans.

That might mean the water in our oceans was brought here by asteroids and comets which crashed into the Earth. 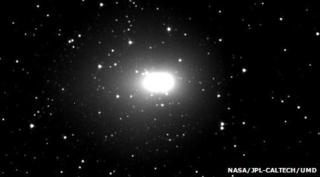 Other
Hartley 2 is over a million miles away

Scientists believe the Earth used to be rocky and dry but at some point it started to be covered with water. That water had to come from somewhere!

So they're pleased with this new discovery about Hartley 2 which might explain where all our oceans have come from.

The Herschel telescope is so powerful it means scientists can look at comets and asteroids right across the Solar System.

It's helped them to discover comets like Hartley 2 which they say comes from as far away as the planets Neptune and Uranus.