Solar Orbiter mission to send spacecraft to the Sun 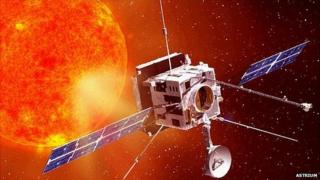 An ambitious new space mission plans to send a spacecraft closer to the Sun than ever before.

The Solar Orbiter will be launched in 2017 and will travel up to 26 million miles from the star.

It'll study the Sun's behaviour and how it affects the things around it, such as "solar wind" - that's the flow of particles around planets in space.

The mission is being led by the European Space Agency (ESA) with help from Nasa.

The agency also announced plans on Tuesday to launch a space telescope called Euclid in 2019.

Euclid will be used to map out the structure of the Universe like never before.