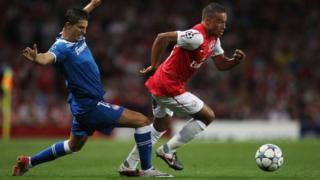 Arsenal's new signing Alex Oxlade-Chamberlain became the youngest English scorer ever in the Champions League in their 2-1 win against Olympiakos.

The 18-year-old put the Gunners a goal up after just eight minutes with a great run through the box and a low strike.

Andre Santos got Arsenal's second twelve minutes later, but the Greek side came back and scored with a David Fuster header.

Arsenal held on for the win and lie second in their group. 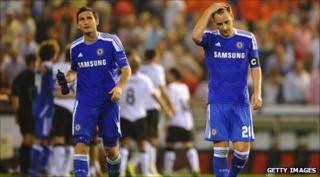 Chelsea could only manage a draw in their Champions League match against Valencia.

It was looking like the London club was going to win the match after a Frank Lampard goal.

But with five minutes to go Salomon Kalou handled the ball in the area giving Valencia a penalty which they scored, and the game finished 1-1.