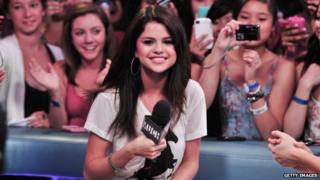 As well as presenting, she'll give updates of all the backstage gossip on the MTV website, at the ceremony on 6 November.

Lady Gaga's the artist with the most nominations this year - she's up for six awards including best pop act.

Selena's boyfriend Justin Bieber is up for three prizes too. Selena says hosting the show is "a dream come true".

"This is such a huge event that always recognizes the biggest stars in music from across the globe, she said.

"It's a real honour to be MC at this year's show."

Katy Perry and Justin Timberlake have both presented the awards in previous years.