Red squirrels and hedgehogs under threat 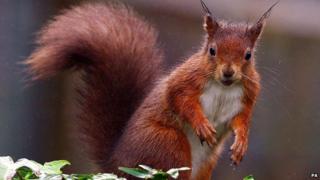 Numbers of red squirrels and hedgehogs in the UK are still dropping, despite efforts to try to protect them.

A new study into how Britain's mammals are doing found that red squirrels are almost extinct in England.

And the number of hedgehogs in the UK had dropped from around 30 million to 1.5 million over the last 60 years.

But there's good news for otters, polecats and water voles - conservation projects have managed to help these animals out.

What's more, half of the animal species studied had stable or rising population numbers.

Over the next few years scientists will look at things that have an impact on hedghog numbers and try to use what they find to help these creatures.