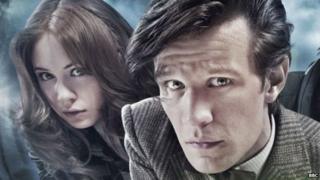 The Doctor Who Christmas special stars have been revealed!

Outnumbered actress Claire Skinner is one of the special guests to appear on the show. She'll be joined by comedians Bill Bailey, Arabella Weir and Alexander Armstrong

The plot sees Claire Skinner's character and her two children evacuated to a house in Dorset during World War II.

The hour-long special will be filmed in Cardiff.

However Matt Smith better watch out - fans of massive Doctor Who fan Bill Bailey have started an online petition to have him cast as a future incarnation of the Time Lord!