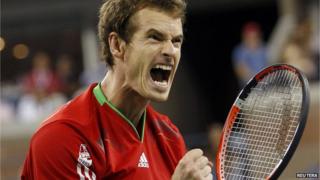 Some of the world's top tennis stars aren't happy with their hectic playing schedules and Brit Andy Murray says they could even go on strike.

Players say their tournament schedule is too busy and will meet officials next month in China to talk about what can be done.

"Two or three weeks during the year, a few less tournaments each year, which I don't think is unreasonable."

Andy feels players have little say in the running of their sport, but they're not afraid any more of taking action to get what they want.

But tennis officials have said that players do have a major say in how the game's run and they want to work with them to deal with these issues.