Una Healy from The Saturdays is going to have a baby 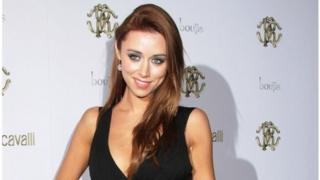 Una Healy from The Saturdays has revealed she's expecting a baby.

It's the singer's first child with her England rugby player boyfriend, Ben Foden.

Una confirmed the news on twitter, where she wrote: "Yes the news is true! Ben Foden and I are expecting a baby BenUna!"

The Saturdays are set to play their first All Fired Up tour in winter 2011 but we hear Una's pregnancy won't affect the shows.

The tour starts in Bournemouth on 2 December and finishes at London's Wembley Arena two weeks later.