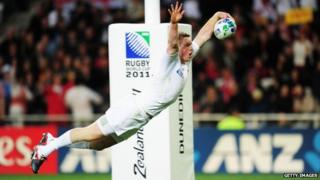 Wales and England both won their weekend matches at the Rugby World Cup in New Zealand.

Chris Ashton and Shontayne Hape scored two tries each. The win puts England top of their group, level on points with Scotland.

Wales also moved a step closer to the quarter-finals. They beat Samoa 17-10. 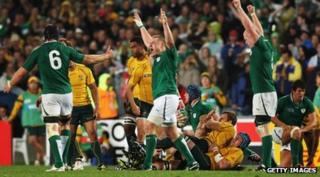 There was a massive upset in the tournament when Ireland beat one of the favourites Australia 15-6.

It's the first time the Irish have won against them in a World Cup.

Ireland top their group but captain Brian O'Driscoll has warned the team not to get carried away.

He said: "It is a performance we knew we had in us... We will enjoy this, but let's not forget that we have two more games."