Jessie J and Adele up for three Q Awards 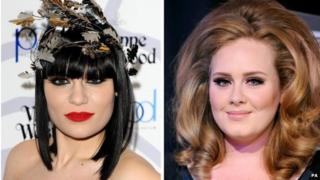 Jessie J and Adele lead the nominations at the Q Awards with three each.

The two singers are going head-to-head in the Best Female category.

Adele, who has sold a MEGA three million copies of her album 21, has also got two tracks in the Best Song category- Rolling In The Deep and Someone Like You.

Jessie J is also up for Breakthrough Artist and Best Video for Do It Like A Dude.

Arctic Monkeys have three nominations too including Best Act in the World Today!

They're up against Muse, Coldplay, Kasabian, Arcade Fire and U2.

The winners will be announced on October 24 at a glitzy ceremony in London.