Celtic allowed back in the Europa League 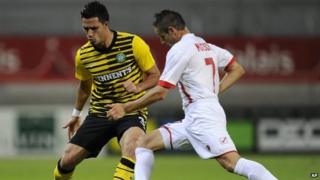 Celtic are back in the Europa League after the team who knocked them out were told they'd broken the rules.

Celtic had lost against Swiss team Sion in the qualifying stages.

But Uefa officials decided that Sion had used players they weren't allowed to, so have been kicked out of the competition.

It means that Celtic now play Atletico Madrid on Thursday night in their opening group match.

Manager Neil Lennon has told his players to make the most out of the chance to play again.

"We think it is a great opportunity for us."