Singer Adele beats chest infection to go back on tour 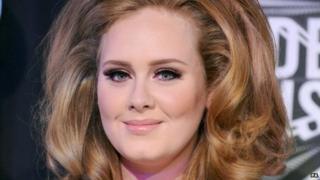 Adele is going back on tour after recovering from a chest infection that forced her to cancel six UK shows.

She's due to take to the stage again on Tuesday 13 September in Leicester, after doctors gave her the all clear.

The cancelled gigs in Wolverhampton, Blackpool, Cardiff, Plymouth and Bournemouth will all be rescheduled.

They're all connected to the global success of her latest album, 21, and are...