He's tracked down some of the deadliest animals on the planet and is now setting his sights even higher. 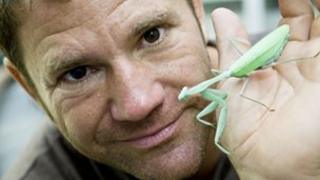 CBBC is giving you the chance to stump Steve with an animal question!

CBBC's Steve Backshall is entering the world of predators vs prey for his new programme, Deadly 360.

The show is going to be using special 3D graphics to recreate the hunts of some of the world's scariest creatures.

Newsround's Leah caught up with Steve to ask him some of YOUR questions - like if Steve was an animal, what would he most want to be?

Watch the clip to find out.