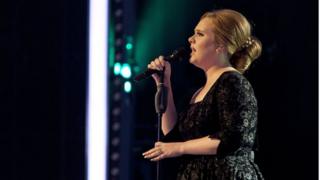 Adele has had to cancel more dates on her UK tour because she's not well.

The singer is due to appear on stage in Wolverhampton over the weekend, but doctors have told her she's still too ill to perform.

She apologised to fans but said she's been suffering from a "severe cold and chest infection".

Concerts in Blackpool, Cardiff, Plymouth and Bournemouth have already had to be cancelled but Adele promised they would all be rescheduled.