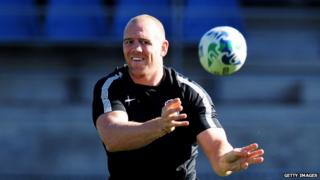 Delon Armitage will start England's opening game against Argentina in place of Mark Cueto who has a back injury. Nick Easter will be number eight and Mike Tindall will captain the side.

The match kicks off on Saturday morning.

Scotland coach Andy Robinson has named a near full strength side for their opener against Romania on Saturday. 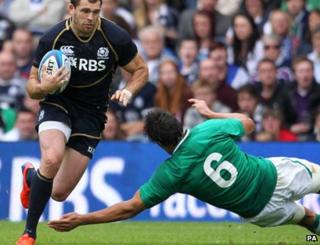 Sean Lamont will start at inside centre with captain Alastair Kellock at lock.

Meanwhile Chris Paterson is at full-back and will become the first Scot to appear in four World Cups. Ruriadh Jackson will play at fly half.