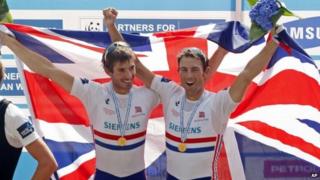 Britain's rowers have won 14 medals and finished top of the table at the World Rowing Championships in Slovenia.

That's their best-ever haul at the championships.

It's looking good for Team GB for London 2012, where they're expected to do well in rowing.