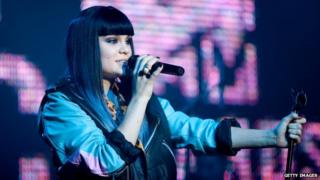 Rumour has it that singer Jessie J has landed herself a role on the X Factor team.

It's not been confirmed yet, but reports are out that she will join Tulisa in the judges' house stage.

It would mean Jessie J jets off to sunny Greece later this month to help mentor bands with the N-Dubz singer.

And there she'd help choose which three of the six groups go through to the next stage of the competition.