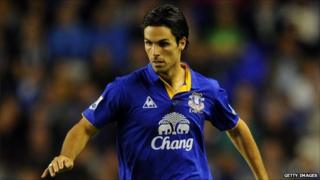 There was a flurry of last minute multi-million pound deals before the footie transfer window shut.

Arsenal will be hoping to get back on track after signing Mikel Arteta on a four-year deal from Everton.

They've also snapped up Yossi Benayoun on a season-long loan from Chelsea, while the Blues bagged Raul Meireles from Liverpool on a four-year contract.

Elsewhere, Stoke broke their transfer record to sign Peter Crouch from Spurs in a £10million deal. 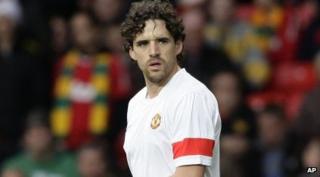 They've also taken on his team-mate Wilson Palacios, for a rumoured £6million.

And in Manchester, midfielder Owen Hargreaves has swapped United for City in a free transfer.