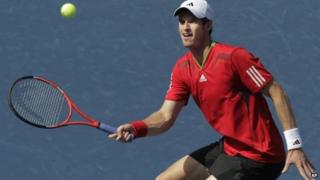 Andy Murray's kicked off his US Open campaign by beating Somdev Devvarman in straight sets.

The British number one got off to a nervous start, as his Indian rival broke his first service game.

But it's game over for 17-year-old Laura Robson. She lost to Anabel Medina Garrigues in the second round, 6-2 6-3.