Cramp knocks out rival for Elena Baltacha in US Open 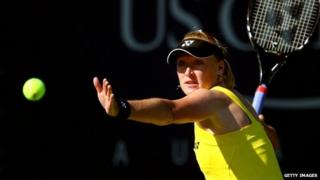 British number one Elena Baltacha is through to the second round of the US Open after her opponent's dramatic exit from their first round match.

American wildcard Jamie Hampton was serving to stay in the match when she collapsed on court with severe cramp.

Baltacha who was winning 2-6 6-2 5-1 at the time helped the physios treat her rival, who is now said to be fine.

She'll now go on to face former US Open champion Svetlana Kuznetsova in the second round. 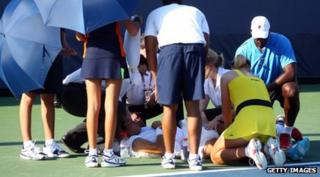